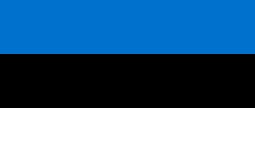 Estonia is a country in the Baltic region of Northern Europe. The territory of Estonia consists of a mainland and 2,222 islands in the Baltic Sea, covering 45,339 km2 of land and water, and is influenced by a humid continental climate. Ethnic Estonians are a Finnic people, sharing close cultural ties with their northern neighbour, Finland, and the official language, Estonian, is a Finno-Ugric language closely related to Finnish and the Sami languages, and distantly to Hungarian.

Estonia is economically deeply integrated with the economies of its northern neighbours, Sweden and Finland. As a member of the European Union, Estonia is considered a high-income economy by the World Bank. The GDP (PPP) per capita of the country was $29,312 in 2016 according to the International Monetary Fund. Because of its rapid growth, Estonia has often been described as a Baltic Tiger beside Lithuania and Latvia. Beginning 1 January 2011, Estonia adopted the euro and became the 17th eurozone member state.Banking in Estonia has been made as simple as possible with the incorporation of electronic systems – almost all services are offered digitally via internet banking, residents who own an ID card can even sign contracts online.

The Estonian Central Bank, Eesti Pank, has assessed the risks to financial stability in Estonia as low. Furthermore, the parent banks of those operating in Estonia have borrowed funds on better terms than other big banks in Europe and for example the Swedish financial authorities have strengthened the liquidity requirements, increasing the financial stability of its banks. The Estonian government’s transparent policies and strong links to Scandinavian banks make the financial system stable and reliable.The Estonian commercial banking sector is divided between the four biggest banks, all with foreign capital – Swedbank, SEB Bank, Nordea Bank Finland PLC Estonia Branch and Danske Bank Estonia Branch. In total there are seven registered banks and eleven branches of foreign credit institutions.It is relatively easy to open an account at a commercial bank, specific requirements vary but usually a personal ID and for companies, a copy of the business register entry card are required.Many banks also have special offers available for corporate clients, such as discounted or free bank transfers and payments within Estonia or the bank, debit cards with credit card properties at preferential rates, special insurance offers, mobile banking and additional features within the online banking system to name a few. Special packages are available for new businesses, which offer additional benefits.Both short- and long-term loans are also available for corporate clients. The interest rates are dependent on the personal contributions and depending on the bank, often also for example on the Euribor rates.Banks offer the possibility of holding funds in different currencies in the same account, which makes banking simple for both domestic and foreign businesses. As Estonia is a member of the Eurozone all Euro payments have been simplified from February 1st 2014. The Single Euro Payment Area (SEPA) means that in 34 countries national Euro credit transfers and direct debit schemes are replaced by SEPA instruments. This means that Euro payments across Europe are quick, safe and easy.