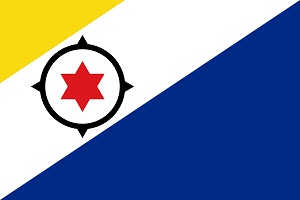 Bonaire is an island in the Leeward Antilles in the Caribbean Sea. Together with Aruba and Curaçao, it forms the group known as the ABC islands, less than a hundred miles off the north coast of South America near the western part of Venezuela. The islands have an arid climate, which helps tourism, as visitors to the islands can reliably expect warm, sunny weather. Bonaire is a popular destination for scuba diving, and easy access from shore to its fringing reefs.

Bonaire s capital is Kralendijk. The island has a permanent population of 18,905 and an area of 294 km2. Bonaire was part of the Netherlands Antilles until the countrys dissolution in 2010, when the island became a special municipality within the country of the Netherlands. It is one of the three BES islands in the Caribbean, along with Sint Eustatius and Saba.

In 2011 the BES Islands replaced their currency, the Netherlands Antillean guilder (ANG), with the US dollar rather than replacing it with the euro which is used in the European Netherlands. The decision was based primarily on the islands needs in relation to tourism and trade. Adopting the dollar put an end to the dual-currency payment system, and foreign exchange charges.Bonaire is an international banking center for a number of offshore companies, and additionally, all local banks also offer banking services, such as checking & savings accounts, commercial banking, credit cards, and loans to local individuals and businesses.