The Panama Papers benefit the Financial Center of this Country 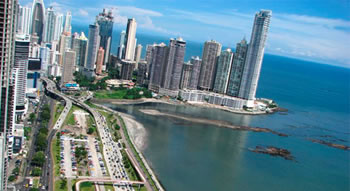 The theft of classified information, paid for by the United States, which were converted into the so-called “Panama Papers”, has paradoxically strengthened Panama’s financial center, because one idea has been very clear from the entire process: the banks that work in the Central American nation have nothing to do with the Mossack Fonseca legal firm; in addition, there are other firms such as Caporaso & Partners www.taxhavens.us that ensure that they have security measures that do not allow hacking information about their clients.
The “Panama Papers” have had a great impact from the media, since the names of many celebrities appear in the 11 million confidential documents that were hacked, from Lionel Messi to Mario Vargas Llosa, as well as politicians such as Mauricio Macri to the British Prime Minister David Cameron.  They (or close family members) have created offshore companies in Panama, which can function as a legal mechanism for tax engineering in reducing tax burdens.
Moody’s risk management agency feels that these leaks will reduce the attraction of Panama’s offshore banking, and that they will have an impact on the Panamanian financial system as a whole. “Panama’s offshore banking system is composed of 27 banks with licenses authorizing them to deal solely with non-residential clients. Its dependency on non-residential funds have made it more vulnerable to refinancing risks,” Moody’s announced in a press release.
In 2015, the offshore banks contributed to 15% of the income generated by Panama’s international banking system, which includes both offshore and domestic banks. “The deterioration of these banks will probably debilitate income from the country’s financial system, after recording a steady growth in income during 2015,” Moody’s warned.
Although more than a few reports have dealt with presenting Panama as a “tax shelter”, this whole process could actually end up being beneficial for Panama’s financial center, because it has become more visible around the world, and people understand that the banks’ work is not the same as Mossack Fonseca’s work. Strict compliance to bank secrecy reigns in Panama, with laws created to protect the privacy of their clients. Mossack Fonseca revealed no information, but it was stolen and published, paradoxically, by Washington, the same government that so recently complained about the WikiLeaks and Edward Snowden’s revelations.
The continuous appearance of Panama in the media headlines, explanations on how the bank system works, and the mechanisms of offshore companies has helped people who didn’t know how the offshore world was to understand it better, now. Mossack Fonseca was an isolated case, because there are still legal firms in this country that, with complete adherence to the law and to the strict care of their clients’ personal information, continue to incorporate offshore companies; since the world’s governments constantly increase taxes, it’s logical that everyone, not just the wealthy, look for strategies to reduce their enormous tax burdens.