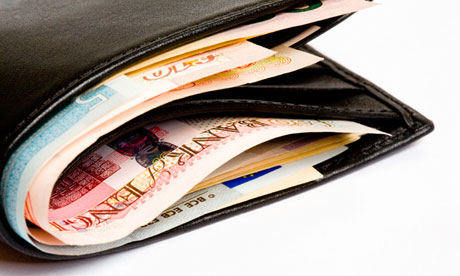 Regulations on world cash flow have strengthened, provoking the majority of governments, including those which emphasize their bank secret – like Switzerland – face serious pressures to change their policies and allow a greater exchange of information.

In perspective this modification could benefit the bank industry, some experts assure us. While more funds are legitimate, financial institutions will be able to sell more products for managing resources and, in addition, they could enter markets that, up until now, were outside their limits.

In the past, governments tolerated the existence of tax havens, those places where the richest people hide their income in order to avoid paying taxes in their local countries. For example, Switzerland developed a reputation as a very safe place where people with multiple resources could confide in the bank secret.

All of this began to change in 2008, above all after the economic crisis forced governments to raise a larger quantity of money, through tax collection. Swiss banks were in the eye of the storm. One of the paradigmatic cases of the “new persecution” was around the UBS. The United States’ authorities accused this institution of “hiding” money from the Internal Revenue Service (IRS). The UBS had to reach an agreement with the Department of Justice, to which it handed over confidential information regarding more than 4,450 of its clients’ accounts and paid a very high fee of 0 million dollars, in exchange for terminating the accusation process against it. Other Swiss banks, such as Credit Suisse and Julius Baer had also been investigated.

“Persecution” of tax havens also comes from the Organization for Economic Cooperation and Development (OECD). This institution has dealt with restraining the increase of offshore financial centers that don’t comply with determined regulations compartmentalization of fiscal information with other nations. In 2009 the OECD made a list of 20 countries that didn’t comply with its requirements. To be able to be removed from the list, several nations, such as Andorra, Costa Rica, the British Virgin Islands, Liechtenstein and Monaco agreed to go by its international standards.

As a result of the strengthened financial controls, more and more businessmen opt for “friendly” tax havens that offer an ample bank secret, even though they have also received very strong pressure to share information about client accounts in their banks.

In spite of criticism, changing dynamics can create opportunities, because according to some analysts a more consolidated private bank sector will have greater resources for attracting an increasing number of very rich clients, originating from emerging economies. The Swiss banks have already spread towards Latin America and Asia, whereas the Austrian banks have concentrated on Eastern Europe and Russia. Nonetheless, keeping these new clients won’t be easy.