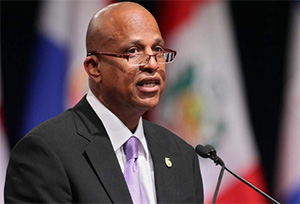 This is your humble servant, Giovanni Caporaso Gottlieb, practicing attorney in Panama, with 30 years of experience in offshore banking; I’m writing to you on behalf of a large number of Choice Bank account holders, to request the immediate dismissal of the Governor of the Central Bank of Belize, Ms. Joy Grant, for not having complied with the mandates that the laws of Belize impose on the Central Bank in relation to the Choice Bank crisis.

Since the Choice Bank communicated to its account holders that it had encountered a lack of cash flow, I, as the representative of a large number of account holders and others, in a personal capacity, have requested the intervention of the Central Bank which has given no answer in more than six (6) months and now, suddely, in the two two days since the Choice Bank anounced that it was ready to appove withdrawals from the accounts, it has canceled the Bank’s license and has put it in liquidation.

Seeing the ineptitude shown by Madame Goveror during this lapse of time, we’re worried that this could establish a bureaucratic liquidation machine, by naming inexperienced personnel and/or “friends of friends” that might eat up our money in the process, whose plan is unknown and which appears more like a performance worthy of Pontius Pilate (washing his hands).

We feel that, apart from our money, the name and reputation of Belize and its Financial Center are on the line.

We don’t want to attack Belize in the International Monetary Forum, which is why we humbly request your immediate intervention, the immediate dismissal of governor Joyce grant and to allow the Choice Bank to liquidate their acounts in an orderly manner, under the supervision of a new leadership of the Central Bank, since the current leaders have been shown as being inefficient and haven’t complied with the laws of Belize.

We await you quick response and we beg you to not oblige us to unleash an international campaign against Belize.