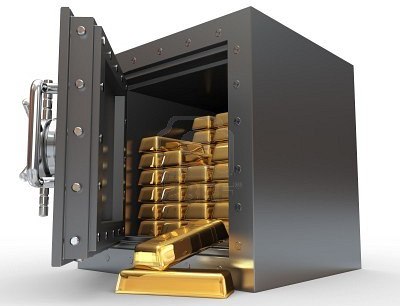 Offshore, or extraterritorial, banks are those that are normally located in tax havens, countries regulated by special laws that grant greater freedom in their operations in addition to a more favorable tax treatment, since they are banking entities aimed one hundred percent to attracting deposits and investments by non-resident persons and businesses and to those that citizens of their own country can’t access.

Not all banking entities located in tax havens are offshore banks; the “live” there together with the same onshore banks that offer services to residents and aren’t included in the specific legislation mentioned above.

However, among the main advantages of offshore banks set up in tax havens are being less subject to governmental intervention and being exempt from complying with regulations on capital (control on foreign exchange transactions or investment policies, among others). This translates into greater freedom of movement for its clients and, on many occasions, cost reductions that favor paying higher interest rates.

Usually, deposits in offshore bank accounts, just like their profits, are exempt from any taxes and are almost always located in territories with strict bank secrecy and privacy laws. The offshore bank is situated in tax havens with outstanding financial centers, with a good political and currency stability. On the other hand, some extraterritorial banks offer products that are not available from its onshore bank competitors, such as, for example, numbered accounts, anonymous cards or high profit investments.

Among the inconveniences of offshore banks appears the all too common relationship with tax evasion and money laundering. That’s why transactions originating in or heading to them usually trigger alarms and attract more inspections by tax authorities, and in some cases there are offshore banks that have been blacklisted by organizations like the IFATF (International Financial Action Task Force) or included by other onshore banks, no to forget that there are nations that count on government security or luck of the draw by their own bank entities, destine to cover their clients’ deposits up to a certain amount, a measure that protects them when faced by a possible insolvency of the banking entity. Without a doubt, there are cases where the offshore bank has been excluded from these agreements.

Offshore banks are divided into two large groups. One of these groups is composed of retail banks and commercial banks. To open an account in one of these entities, you normally need an initial deposit of less than 10,000 dollars, and the most regularly used quantities vary between 1,000 and 5,000 dollars, even though there are numerous cases in which there is no required minimum deposit for opening an account.

This type of offshore bank offers the same services as any bank in your country of residence, and they are concerned mainly with commerce and small scale savings; without a doubt, they usually offer some possibilities for investment, also.

Retail and commercial banks usually operate with multicurrency accounts or what is called “multiple currency accounts”. In the first case, we are talking about a single account that accepts deposits and withdrawals in different currencies, whereas in the other the bank opens several accounts to the same user, each of which is set for a distinct currency.

Usually, there is no close contact between the user and the retail and commercial bank since the services offered are standard and can be easily managed through Internet. Most offshore entities count on modern systems for electronic banking that allow them to carry out transactions from anywhere in the world. These are very safe applications that incorporate the most up-to-date technology in encryption or enclosed authorization through electronic key-generating devices, such as the renowned “digipass”.

On a level with retail and commercial banks, we find the private bank aimed at high level savings and investments which are accessible only to the wealthy. To be able to open an account in one of these banks, you must deposit a minimum of around 100,000 dollars; however, some very exclusive banks do not accept clients that deposit less than a million dollars.

Usually, the procedure isn’t very complicated and can be done by mail during a period of time that can vary greatly. Depending on the quickness of the people or institutions with whom you are working, it could last anywhere from a couple of days to a few months. Regarding the required documents, for personal accounts they ask for at least a certified copy of your passport and some documents that vouch for the place of residence of the title holder of the account. Usually, a credit card statement from another bank, a payment receipt from an electricity, water or other utility bill will suffice.

For corporate accounts, in addition to the company’s certified and apostilled documents, personal identification for each of the shareholders, directors and signatories for the account are also required. Each of these must present the aforementioned personal documentation.

In offshore companies that use bearer shares, the offshore bank will, in some cases, require that the bearer actions be deposited under custody of their own establishments or that they present a custodial certificate from another bank, fiduciary institution or an accredited legal office that confirms that the shares are in their custody, in order to avoid an exchange of property with being notified.

In conclusion, the offshore bank offers numerous opportunities and advantages for investors, although it also presents a few risks. It is of the maximum importance to use care in selecting the jurisdiction and your own entity for opening an account, choosing those institutions that offer greater guarantees of solvency, security and privacy.