International Consortium of Investigative Journalists; Who is Paying Them? 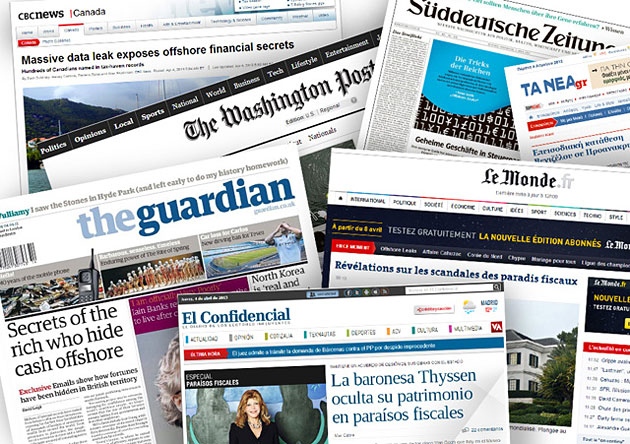 The International Consortium of Investigative Journalists (ICIJ), published the “secret” contents that were protected in ten offshore bank jurisdictions scattered around the world, which allowed them to sift through the registers of more than 100,000 companies or trusts headquartered in places like the British Virgin Islands, the Caimans, Cook Islands or Singapore, among others, related to Tax Havens.
The information is art of an “old smelling” hard disk with 2.5 million archives and operative data from the offshore bank of Tax Havens. Without a doubt, there is a problem: most of this information is from30 years before, rather, data provided from very far back, and despite the fact that some governments have corrupted computer experts, journalists and other mercenaries, offshore bank professionals have taken the necessary measures for some time in order to avoid real, current information from being infiltrated.
The intensified offensive against Tax Havens was at the root of the trumpeted “old smelling” hard disk. This pressure, added to the economic deterioration of the country, obligated the French Head of State Francois Hollande, accepted the resignation of his Minister of the Treasury for hiding accounts in Switzerland, while the United States, the United Kingdom and Australia announced their intention of sharing tax information, just as agreed by France, Spain, Italy and Germany, just as Luxemburg and Switzerland accepted to eliminate the bank secret.
There is no doubt that Spain is a faithful exponent of the “old smelling” hard disk. The investigation carried out by the Spanish Newspaper El Confidencial (The Confidential) discovered how some large national fortunes take advantage of corporate structures of offshore banks in Tax Havens to administer their capital or to carry out their business activities. Carmen Cervera, Baroness Thyssen, for example, administers her collection of paintings through companies rooted in the Caiman Islands, while millionaire Ana Gamazo manages her family inheritance divided between Samoa, Singapore and the Virgin Islands.
These two illustrious millionaires are only the best-known faces that appear in the archives on the “old smelling” hard disk although some of the names that appear in the data base of the Offshore Leaks, such as Gonzalo Rodriguez de Castro and Garcia de los Rios or Gustavo Dario Cmko, are also involved in other investigations in progress. It’s good to reiterate that the show orchestrated starting with the “old smelling” hard disk has only now put the violations and irregularities – committed basically in eras when no actual detection measures existed – on judicial fabric.
Everything leads us to think that the investigation of the International Consortium of Investigative Journalists was sponsored by groups with economic interests.