How to investigate and negotiate recuperating funds in dormant and inherited offshore bank accounts? 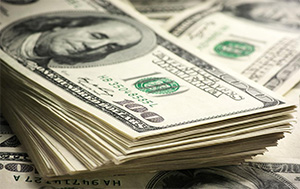 Offshore Banks Directory offers the services of lawyers specialized in investigating and negotiating the recuperation of funds in dormant and inherited offshore bank accounts.
“Dormant bank accounts” and inheritances are more common than the majority of people imagines. However, how can I know if there is a bank account with a lot of money that we have a right to hidden in some offshore bank, or if there is an inheritance that belongs to us and we haven’t claimed it?
The so-called “dormant funds” are those which have been deposited for long periods of time, without any type of movement, in a bank that has, in addition, lost contact with the holder of these funds. There is a series of situations that can have an impact depending on whether the person forgets to update the bank on important information relating to changes in an account, among which moving to another country, business closure or, sometimes, even the death of the account holder.
In the past, bank relations are usually long-term, but when periods of account inactivity go on for several years, banks in the main offshore jurisdictions usually freeze the accounts. For example, in Panama, the account is frozen after six months of inactivity and after five years, inactive funds devolve to the State. The rules vary from country to country, but they all collect dormant accounts, even though with different periods of time, and the funds become difficult for beneficiaries to access. Faced with this, more and more people need to know if there are inactive funds or inheritances to which they have a right, and one of the best ways to have this information first hand is to turn to specialized investigators and lawyers, like the ones from the Offshore Banks Directory.
All banks are expected to protect “dormant funds”, through the use of various measures to avoid any illegitimate access to said funds; in addition, in the case of Switzerland, funds that have been without contact for 10 years and then remain inactive for an ulterior 50 years (meaning 60 years from the last contact with the client) and which are greater than 500 Swiss Francs are published on a website, where the holder’s first name, last name and last known residence appear. Nonetheless, other jurisdictions aren’t as open with these data and they don’t make them known as easily; this is why working with specialized lawyers, such as the ones with the Offshore Banks Directory, who know bank mechanisms very well and are capable of locating hidden funds and inheritances, is essential.
People who believe or who are certain that they possess the rights to inactive “dormant funds” can directly contact the bank; however, this isn’t the most advisable, since financial institutions are very reluctant to let assets slip from their hands and require an ample series of documents. The Offshore Banks Directory can also help out with this, as they count on specialized lawyers and can therefore speed up the cumbersome negotiation process.