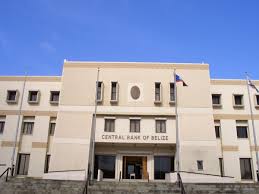 The strong allegations made by the Panamanian lawyer Giovanni Caporaso against the mismanagement in the case of the Choice bank, by the Central Bank of Belize, have had a great media impact; Although neither the Governor, Joy Grant, nor Prime Minister Dean Barrow have answered the criticisms received and have opted to make unsubstantiated comments, which ended up  in vain, to downplay the accusations and even came to Insinuating that Caporaso's allegations were false news ("Fake News"), when, in reality, open letters, with all details of the violations, are publicly online.

Channel 5, from Belize, was one of the first media to broadcast the denunciation of Caporaso. In his report, he reproduced statements from the Central Bank of Belize, where he claimed that liquidator Cedric flowers, who has not issued a statement, is working to develop a payment schedule for the depositors of the Choice bank. Later, in the statement, he made sure that the Choice license was revoked by Barrow on the basis of the Central bank's recommendations. Channel 5 finishes its article by reproducing fragments from Caporaso's open letter to Barrow where the lawyer clarifies that, apart from the customers ' money, Belize's name and reputation were at risk.

Another media that reported Caporaso's complaint was the Amandala newspaper, who used a very striking title: "Panamanian lawyer asks to dismiss Governor Joy Grant." This article made a detailed chronological tour through the main facts of the case. On June 28th this year, the Choice bank had assured that it had a timetable to allow cash withdrawals. By the end of the year, all customers would have been able to withdraw the money deposited into their accounts. However, one day after the announcement, Governor Grant posted a video on YouTube, where he clarified that Choice had been unable to file a reliable plan, so they revoked her license. The most interesting part of the article is that statements from Grant appeared, in a crude way, he confessed that he does not believe Caporaso's complaint is real, since it had been "published on a false news site". The newspaper itself is in charge of ensuring that issuewire.com, one of the platforms where the Caporaso’s denunciation letter was published, was not recognized as a false news site.

Another report on this case was Love FM, which reproduced paragraphs of the Belize Central Bank statement and asserted that the statement did not offer answers to the allegations made by Caporaso in his open letter to the Prime Minister.

Despite increasing international pressure, Belize's Central Bank and Choice Bank liquidator, Cedric Flowers have opted to ignore Caporaso's allegations. In the case of Grant, his statements lacking arguments remains as the most reliable evidence of the poor management of the situation by the central bank and the Government of the Central American country.